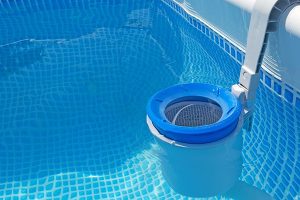 The Traditional Method Of Chlorinating A Swimming Pool

First, it is important to know how a swimming pool is traditionally chlorinated. The traditional method of chlorinating a pool involves adding chlorine directly to the pool itself. This is what gives swimming pools their traditional color and smell. Most people are also familiar with what chlorine does to someone’s hair.

Chlorine is used to sanitize the water that is in the swimming pool. Chlorine can kill bacteria and viruses. At the same time, chlorine can also be an irritant. Those who open their eyes underwater are likely familiar with the stinging and burning that takes place. Furthermore, chlorine can get into the air and cause people to cough.

While this method is still the cheapest when it comes to keeping a pool’s water sanitary, there is a new method that involves a saltwater chlorination method.

How Does Saltwater Chlorination Work?

Recently, there has been a rise in the popularity of something called a saltwater pool. When people hear this term, they probably think about the ocean. No, the water is not as salty as the ocean; however, this is a new method of sanitizing pools.

In saltwater chlorination, the pool is chlorinated through a method known as electrolysis. Salt cubes are taken and charged with electricity. This causes salt to ionize into sodium ions and chloride ions. The sodium ions contribute to the “salt” in saltwater while the chloride ions sanitize the pool.

One of the major advantages of this method is that it doesn’t require as much chlorine to sanitize the pool when this method is used. This means that chlorine is going to be less of an irritant when people go swimming. There is also less maintenance. On the other hand, there is also a larger upfront cost due to the installation of a saltwater chlorinator.

How can we help?

Connect with Us on Social Media!